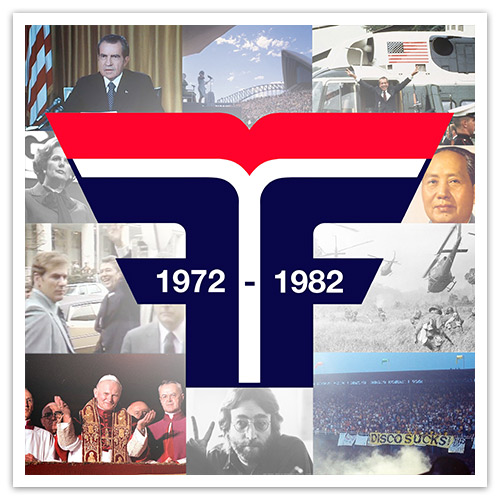 The hardest part about starting these mixes was that a significant portion of them happened before we were even born. The 70s has been one of our most referenced decades, most likely due to our parents having played this music as we grew up. The most immediately obvious thing, while creating the 72-82 mix, was the lack of electronic production in the early parts of it. Drums sat lower in the mix, and there was no metronomic timing to them, leaving it all up to the feeling of the drummer. Musically, the decade felt incredibly unique, in that musicians were given record deals based more on talent than an image. It was the conception of sampling and hip-hop, with the Sugar Hill Gang’s ‘Rapper’s Delight’, and the earliest trace of electronic dance music, with Giorgio Moroder & Donna Summer’s ‘I Feel Love’. It also appeared to be a time of significant change, with impeachment, the ending of a war, and the mass revolt on disco, as a genre. Interestingly, 1972-1982 ended with a string of assassination attempts (and one success), on what represented the leaders of the 3 worlds we can’t escape. Politics, religion, and music (President Reagan, Pope John Paul II, John Lennon). 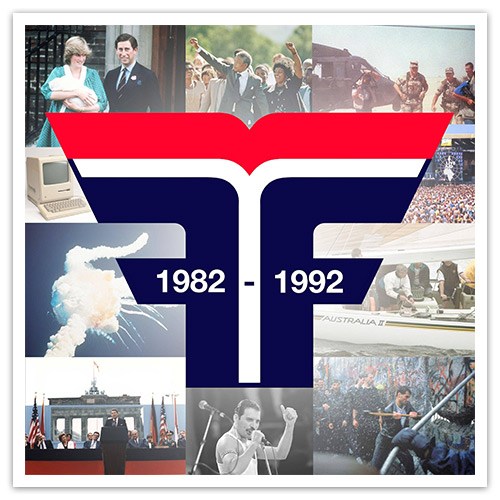 The 80’s was a decade of real positivity. It showed in the colours, the musical experimentation, and the general economic growth. It was a major step into the new world, with the tearing down of the Berlin wall, signalling the death of communism in Eastern Europe. Lots of musicians cite the Yamaha DX-7 synth, and the introduction of MIDI in 1983, as the destruction of music in the 80s, saying that it made the music sound thin, and too similar between different artists. This may well have been true for the latter parts of the decade, but we found that the wealth of music between 1982 and 1984 was almost too much, and we had to exclude many songs we loved. We think this is due to the introduction of newer electronic synths, and there being a magical time of experimentation between the old and the new. Dance music and raves really took a foothold as the 90’s grew nearer, and we found that consistency in memorable albums began to fade, leading to early signs of a ‘singles’ and ‘one-hit-wonder’ based industry. This was when we were born. 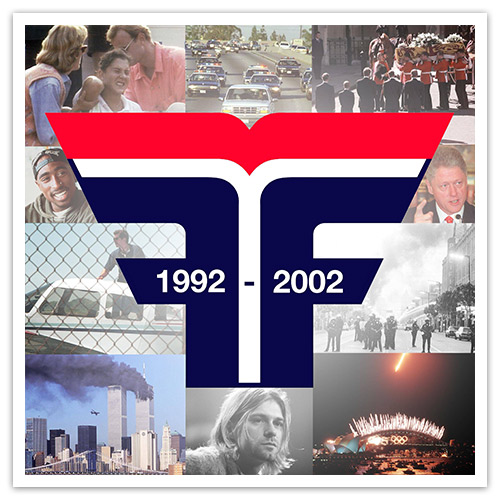 The 90s split off into four basic factions. Rock, punk, hip hop, and dance. While they all had their place, it’s hard not to feel as though hip-hop saved this decade in the pop world. Rock was becoming shinier by the day, the songs more ballad driven, and the the hangover from 80’s ‘glam-rock’ spandex was too apparent to be considered ‘cool’. Punk was the necessary and balancing alternative for a younger generation. Hip-hop had such an enormous presence, that the music created during these ten years, is still regularly played on radio and requested in clubs today. Due to it’s cultural significance at the time, and it’s subsequent timeless listenership, it seemed to be the obvious choice for our theme in this mix. As the year 2000 approached, a world of plastic, manufactured, one-hit-wonder pop music exploded on to radio, and in the same way hip-hop appeared to save the 90s, it was time for dance music, in particular ‘French House,’ to save the 00’s. Making the later part of the mix was particularly sad, when 9-11 occurred. Maybe it was just coincidental timing of growing up and out of a nostalgic childhood innocence, but that event seemed to pinpoint a change in the world, to a new sad reality. 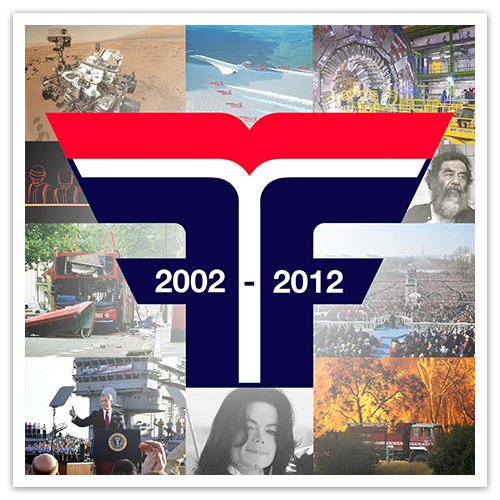 2002-2012 was the most musically formative to where we are now. This sound was the backdrop to us meeting each other, learning to DJ, and paving a direction to the Flight Facilities sound. We religiously attended the Bang Gang Deejays parties, who played the newest in electronic music from labels like Ed Banger, Kitsune Maison and Institubes. For what was a tumultuous time in the world, with the Iraq war, global recession, and post 9-11 anxiety, there was, conversely, a real feeling of musical unity. That very environment was what helped change us from listeners, to creators. Many Australian dance music producers today found their identity on these dance floors. While we danced til dawn, and downloaded 128kpbs uploads from the Hype Machine, we maintained a blissful ignorance to what may have otherwise been important to the outside world.
This decade, the musical selection, and the style in which it’s mixed, is dedicated to our late friend Adrian ‘Ajax’ Thomas.